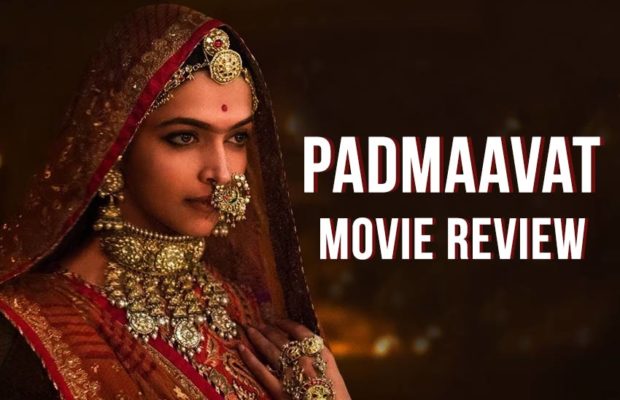 Rating is 2 out of 5
All those agitating over how Sanjay Leela Bhansali’s Padmaavat would trample all over Rajput pride, you may rest easy: the director didn’t need a memo from the Karni Sena and all the other self-styled ‘armies’ on keeping it ‘sanskaari’ – his entire film is a relentlessly opulent, magnificently-mounted paean to Rajput ‘aan baan shaan’.Rani Padmavati (Deepika Padukone) – the wife of Maharawal Ratan Singh (Shahid Kapoor), is known for her beauty and valour in 13th century India. She captures the fancy of the reigning Sultan of Delhi, the tyrant Alauddin Khilji (Ranveer Singh), who becomes obsessed with her and goes to great lengths to fulfill his greed.Here’s how it goes, just in case you are one of those rare people who haven’t been breathlessly following the film’s troubles: the Rajput king Ratan Singh (Kapoor) is the hero, the Muslim invader Alauddin Khilji (Singh) is the villain, and the object of their mutual adoration is the utterly Gorgeous Padmavati, who will always and forever be a good Indian girl, and later, wife. When we see her first, she is fleet of foot and clear of eye, a joyous free spirit who has a will of her own. She ends up committing ‘jauhar’, her life and death circumscribed by male notions of honour.
With a production budget of ₹200 crore (US$31 million), Padmaavat is one of the most expensive Indian films ever made. Initially scheduled for release on 1 December 2017, Padmavaat release was indefinitely delayed due to numerous controversies. In December, the Central Board of Film Certification approved the film with five modifications, which includes the addition of multiple disclaimers and a change in title. Padmaavat was re-scheduled for release on 25 January 2018 in 2D, 3D and IMAX 3D formats, making it the first Indian film to be released in IMAX 3D.
The first thing that strikes you as Padmaavat unfolds on the screen is how tepid the opulent, overwrought film is in spite of its visual flair and technical wizardry. Its beauty, as is usually the case with a Sanjay Leela Bhansali extravaganza, is skin deep. It is magnificent but overly manufactured.
Female lead Deepika Padukone – after whose character the film was named until censorial intervention shaved off the ‘i’ from the title and diluted its upfront distaff emphasis, is an eye-catching epitome of elegance. She is a sight to behold. So, as some SLB fans might assert, is the film.
All this is supposedly taking place in the 13th century, but the nazar and neeyat contention has an instant contemporary ring to it. So the argument that the way women are generally treated in this film reflects the period the story is set in does not hold water. Not much later, the Queen asks her husband for permission to perform her “jauhar ka haq” (the right to commit jauhar). I cannot even die without your say-so, she tells Ratan Singh.
If that’s not patriarchy, then I’m Queen Padmavati, who of course did not exist. And while we of course cannot judge the actions of the dramatis personae who presumably lived in the 13th century (even if they were mythical creatures, created by the poet Malik Mohammad Jayasi) by present day gender roles, we do see that the director has a problem on his hands: how do you show a beautiful queen jumping into a pyre, along with hundreds of her compatriots.