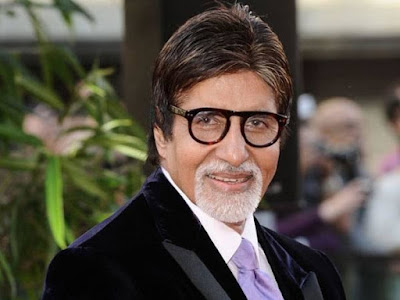 Amitabh Bachchan, the ‘Shehenshah’ of Bollywood, has evolved to become one of the most recognised names in the country.He is well-known internationally, active in helping out in social issues and also connects well with the masses. His appearance on the TV show ‘Kaun Banega Crorepati’, gave a new lease of life to his career and shot him to greater heights of fame. Amitabh Bachchan born 11 October 1942) is an Indian film actor, producer, television host, and former politician.Renowned as the original ‘Angry Young Man’ of ‘Bollywood’, Amitabh Bachchan is to the Hindi film industry what Sachin Tendulkar is to Indian Cricket.He was born on October 11, 1942 to eminent poet Harivansh Rai Bachchan and Teji Bachchan. He began his film career in 1969 with the movie ‘Saat Hindustani’. In 1973.He went on to score major hits with movies such as ‘Anand’ (1970) and ‘Namak Haram’ (1973). Amitabh came on to the scene when there was a great deal of disaffection in the country, especially among the educated unemployed. In the subsequent years, he went on give several major hits including ‘Deewaar’ (1975), in which he played the role of a mafia don, besides ‘Trishul’ (1978), ‘Don’ (1978), ‘Natwarlal’ (1979), ‘Suhaag’ (1979), ‘The Great Gambler’ (1980), ‘Kaalia’ (1981), ‘Silsila’ (1981), ‘Shakti’ (1982).
Bachchan has won numerous accolades in his career, including four National Film Awards as best Actor and many awards at international film festivals and award ceremonies. He has won fifteen filmfare Awards and is the most nominated performer in any major acting category at Filmfare, with 41 nominations overall. In addition to acting, Bachchan has worked as a playback singer, film producer and television presenter. He has hosted several seasons of the game show Kaun Banega Crorepati,India’s version of the game show franchise, who wants to be a millionaire? He also had a stint in politics in the 1980s.
Bachchan was born in Allahabad, Uttar Pradesh, in north central India. His ancestors on his father’s side hailed from a village called Babupatti, in the Raniganj tehsil, in the pratapgarh district, in the present-day state of Uttar Pradesh in India.
Bachchan was initially named Inquilaab, inspired by the phrase Inquilab Zindabad popularly used during the Indian independence struggle. In English, Inquilab Zindabad means “Long live the revolution.
It is history of Amitabh Bachchan
Post Views: 470